"When you're looking for a tattoo you have a lot of fears. Is the place clean? Are the artists young and inexperienced? Are they going to do a crappy job and then I'll be stuck with it the rest of my life? I've had several tattoos done over the years. Always simple black and gray. I've waited 20 years to find Wookie Style Tattoos. He has done several tattoos for me now. What I thought were complicated tattoos he made it look like it was just routine. He has taken my ideas and made them better. He has taken my vision and brought it to life. He knows what will work and where. He knows what's best for the art. Finding someone you trust like this isn't easy. You can trust Wookie Style Tattoos with anything."

"I had a bilateral mastectomy 2 years ago and after having serious wound complications I decided not to have any further reconstruction done.  I am completely blown away by what an incredible difference these tattoos have made! I feel complete! They are SO realistic and 3 dimensional that you cannot even tell they are tattoos until I turn sideways and they are flat! I can't stop lifting up my shirt and showing my....his work!" 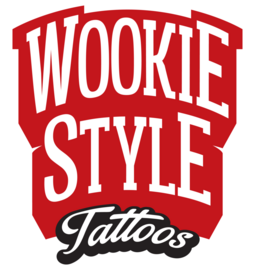 10% off for Veterans & First Responders

Located in Ahwatukee, on the northwest corner of Chandler Blvd and 42nd Street, right nextdoor to CK’s Tavern & Grill 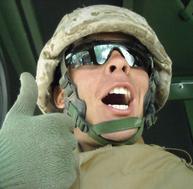 Book a free consultation - Collaborate with our artists and bring your ideas to life!

Terry “Wookie” Hoffman is a veteran of the Arizona tattoo industry and his preference for the small, close knit atmosphere of the neighborhood tattoo shop drove him to open his own in 2016.  Thanks to his loyal following, and generations of clientele, he expanded Wookie Style Tattoos to open the first tattoo shop in Ahwatukee in February 2018.

After petitioning the City of Phoenix for the appropriate use permits for the shop, Barbi set her sights on getting involved in the local community.  Together with her husband they agreed on full time discounts for military, veterans, and first responders.  They supported Red for Ed with teacher discounts in August of 2018.  After learning that September is Suicide Awareness Month, they ventured into their first fundraiser in 2018.  It was a huge success but exposed another big issue associated with mental health, self-harm scars.  So, cover-ups over self-harm scars have also become an important focus for Wookie Style Tattoos.  Wookie Style has also worked with the City of Phoenix Victim Services to offer free “property stamp” cover-ups for victims of human trafficking.