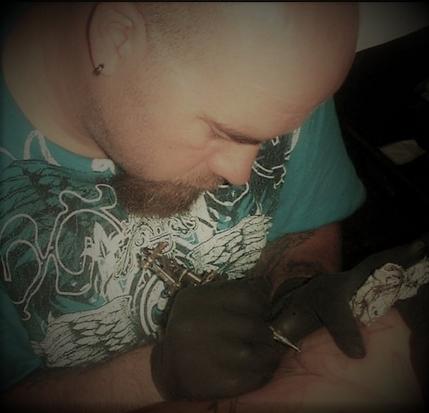 Moondog Mike, born in Montreal Canada, has had a lifelong fascination with tattoo since he saw his first tattoo at a young age. After graduating High School here in the valley he did a tour in the US Army, and was honorably discharged after serving during Desert Shield/Desert Storm. After collecting tattoos for many years he decided to throw his proverbial hat in the ring and started a tattoo apprenticeship with JR Roberts. After successful completion of his apprenticeship he honed his skills for a few years before becoming a professional artist. Mike has tattooed in various places including Kansas City, Lake Charles,  LA, Texas and now is plying his trade at Wookie Style in Ahwatukee, AZ. He specializes in American Traditional and Japanese Traditional and Militaria, though he is competent across all styles.​​​